Updated technology with unique usability, united in a progressive design, point out the innovative strength of RaceChip

Goeppingen, August 8th, 2017. RaceChip is known for its pioneering role in fields of performance engineering. So far focusing mainly on chip tuning, the market leader for electronic vehicle optimisation is now demonstrating its expertise in throttle tuning. Its new product, the XLR Throttle Tuning, was launched this summer and sets new standards within technology, user friendliness, design, and quality. It optimizes the response of analogue and digital throttle sensors. As first product in the market of throttle tuning, the XLR also fulfills the safety requirements of the German Federal Motor Transport Authority (Kraftfahrtbundesamt) for obtaining a German vehicle type approval. With a simply rotating movement via the high quality Controller, the driver can select between seven tuning stages, from Eco to Race. The design of the Controller integrates perfectly into the interior of any vehicle. Starting at a price of 269 USD, RaceChip’s XLR provides a grand portion of driving pleasure.

XLR Throttle Tuning replaces the popular Response Control in the RaceChip product range. The new name, the redesigned look and the reworked control interface are just the outward manifestations of the new technology inside XLR. “We’ve implemented the latest technological standards in XLR Throttle Tuning, and we also upgraded the look so that it fits perfectly into the car’s interior,” says Dirk Bongardt, RaceChip’s COO.

XLR Throttle Tuning allows drivers to tune how quickly their car’s engine reacts, giving them the option of matching throttle response to the driving conditions. Depending on the tuning stage selected, XLR adapts the car’s throttle responses and changes the driving experience from fuel-efficient cruiser to razor-sharp sports car. The engine’s output remains unchanged, but it is available more immediately and directly. RaceChip XLR offers seven different tuning stages. Two sport and two race stages (S, S+, R, and R+) progressively shorten the engine’s reaction times until they are as quick as a thoroughbred sports car. Two eco stages (E, E+) delay the engine’s responses to inputs from the gas pedal. This can for example help save fuel in urban traffic. The driver can also select the car’s stock throttle response (N). When always driving in the same tuning stage, the Controller can be removed while the Brainbox saves the last selected stage. 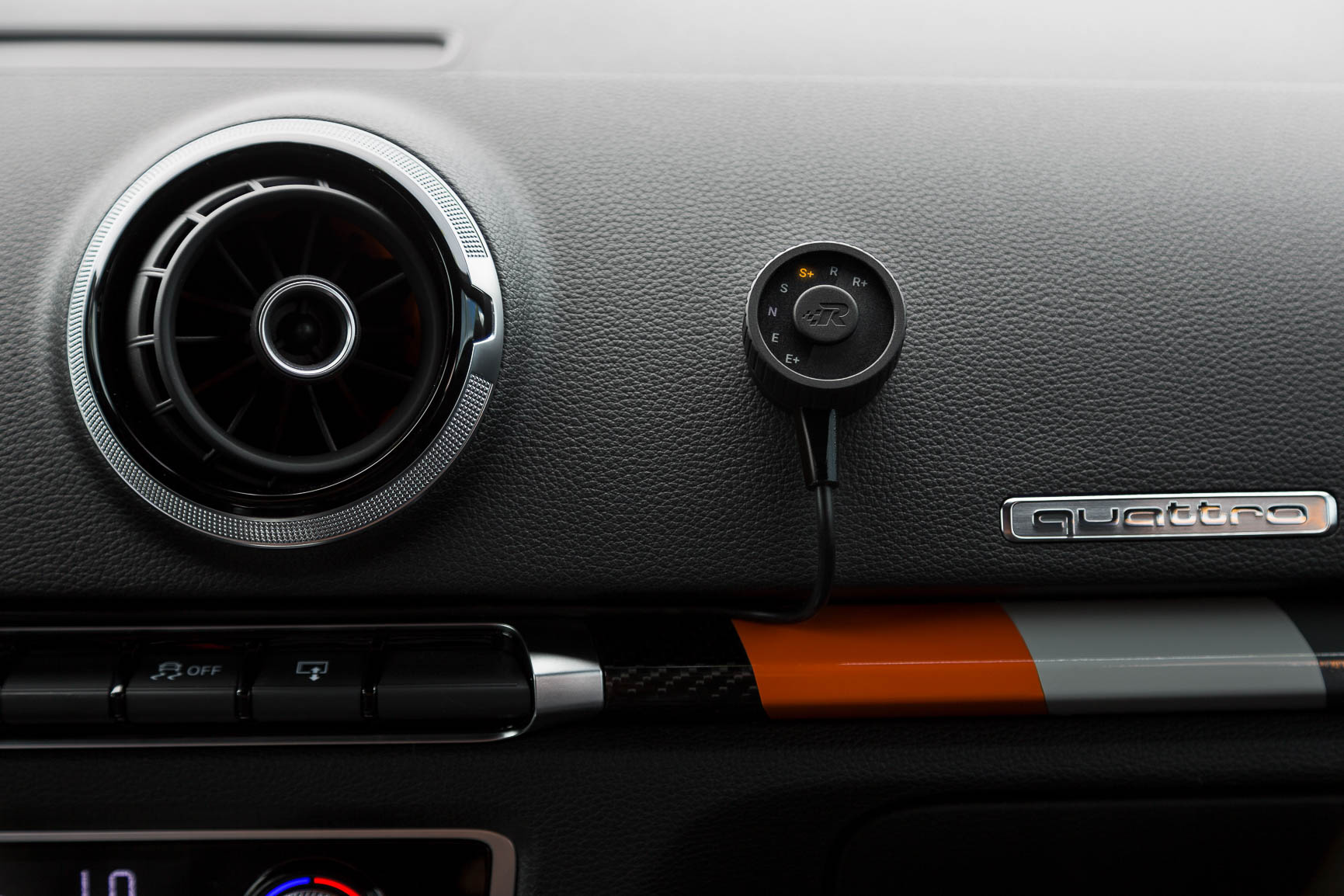 The new product consists of two elements – the Brainbox, in which the computing logic works, and the Controller, which features a rotary control that is great to look at and touch. Because the system’s brain is physically separate RaceChip Chiptuning GmbH & Co. KG • Ulmer Str. 123 • 73037 Goeppingen • Germany • www.racechip.com Page 2 of 2 from the Controller, the customer has more options about how to fit XLR into their car. The Brainbox’s compact dimensions (about 70x80mm) means it can be easily fixed in one of several locations in the car’s footwell, whereat variable fixation is possible. It is also very slim and so it can be attached to a flat surface using hook-and-eye fasteners without restricting or obstructing the driver’s leg space. Since the hardware with the computing logic is located in the Brainbox, the control unit, in form of the Controller, was designed very slim and visually appealing.

The control unit is characterized by a rotary logic for selecting the tuning stage. Current solutions in the market mostly work with setting options via several buttons, which cannot be used intuitively during driving. RaceChip has now developed a solution, with which the adjustment of the tuning stage is possible also during the ride and without distraction from traffic. The Controller and its rotary control element were thoughtfully designed to match the interior with the car’s other switches and controls on the dashboard, both in terms of look and size.

The separate Brainbox also offers the advantage to be able to work with a much more comprehensive and complex electronic than before. The safety requirements of the German Federal Motor Transport Authority (Kraftfahrtbundesamt) for obtaining a German vehicle type approval can only be achieved on this new basis, since for the implementation of the requirements additional hardware components are necessary.

Furthermore RaceChip expanded the technology base so that XLR is now compatible with all types of signal transmission used by manufacturers. This allows drivers of almost all car manufacturers to benefit from the new XLR Throttle Tuning.

The XLR is available online at https://www.racechip.us/ as well as from RaceChip resellers, starting at 269 USD. 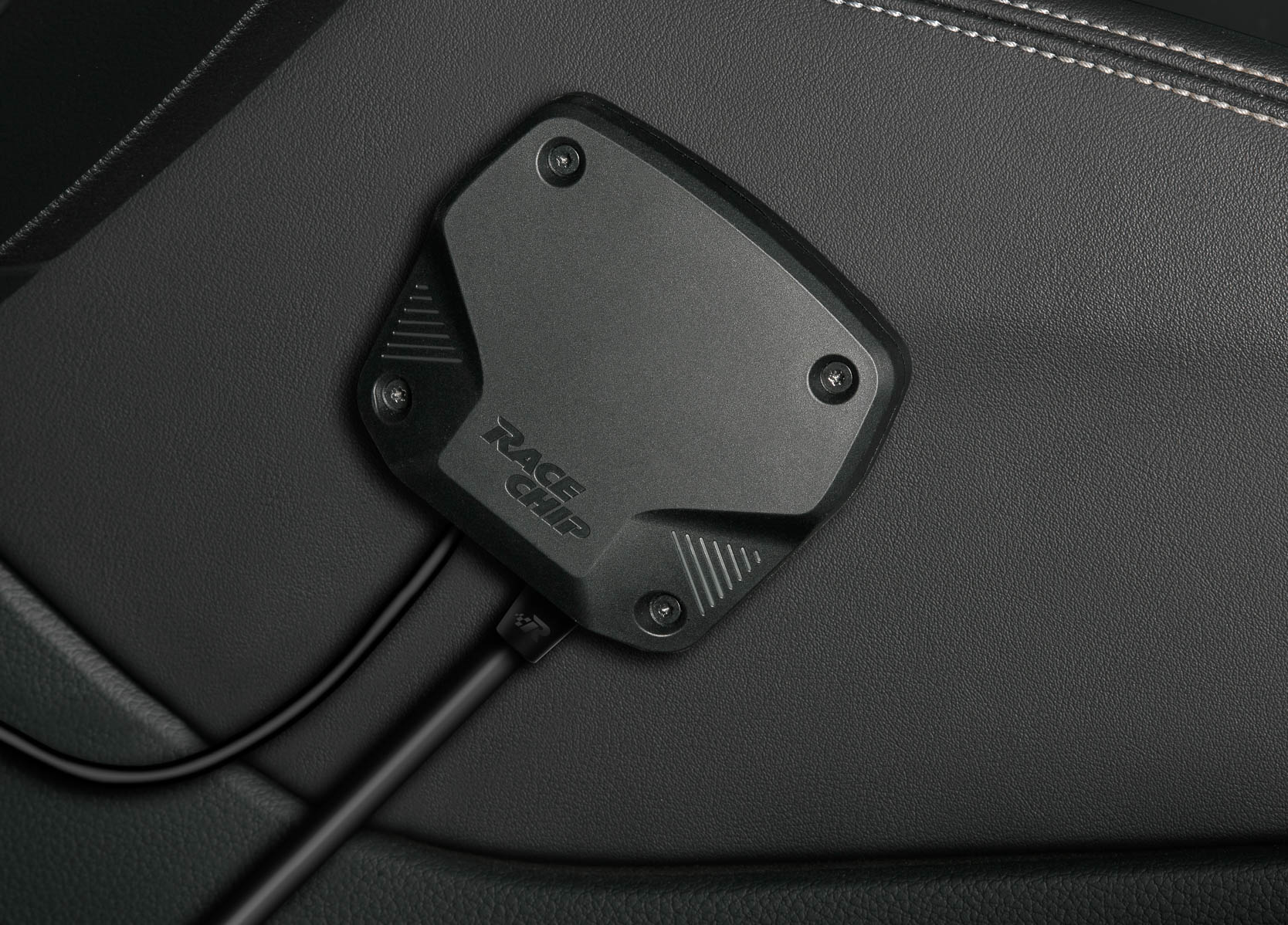