Göppingen, September 21st, 2017. RaceChip, the market leader in electronic performance upgrade, has expanded its range upward, adding a new top product called the GTS Black. With high-quality hardware and an improved software, the GTS Black is aimed squarely at drivers of high-performance cars with 200 HP or more. The GTS Black can increase power and torque by up to 30% in some engines, but what really differentiates RaceChip’s latest from other products is the precision of the calibration between chip tuning and engine. The German company’s engineers have calibrated version 2.0 of their optimisation software for specific engines and have also included seven fine tuning mappings, raising their high-end product a step above all the rest. It is available from 699 USD.

The next level of performance for driving enthusiasts 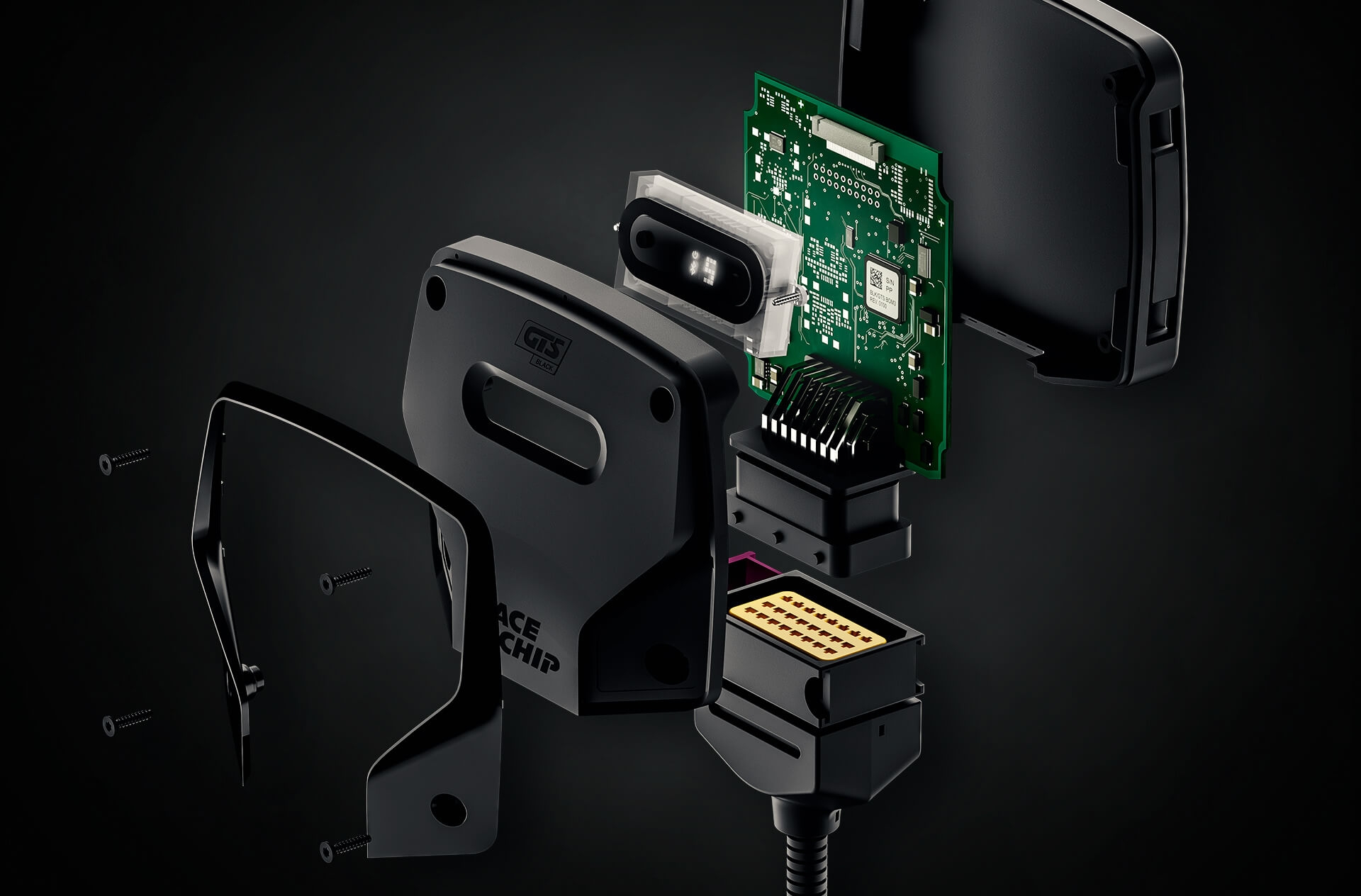 The GTS Black comes with all-new optimisation software and improved engine-specific calibration. Dominic Ruopp explains that “during the development work on the optimisation software, the goal was not so much to find more performance but rather to improve access to the performance increases that are already there and to make them harmonise better with the engine.” The software now includes seven fine tuning mappings which the RaceChip engineers have calibrated for individual engines and which the driver can use to adapt the software to suit his or her taste and the engine’s performance characteristics. The fine tuning is done via the GTS Black’s Digital User Interface and goes far beyond the tuning options offered by the Ultimate. “The driving experience and the quality of the extra performance are on a totally new level with the GTS Black,” says Ruopp. The warm-up timer puts the increased performance on tap only when the engine has reached its operating temperature. It’s another feature that contributes to safeguarding the engine’s longevity, while a 5-year product warranty underlines RaceChip’s confidence in their product.

The additional 30% performance available with the GTS Black can also be controlled right from the driver’s smartphone. The app offers three tuning stages to match different driving situations: Efficiency for saving fuel in urban traffic, Sport for improved mid-range flexibility on open roads, and Race for maximum performance. The app can also deactivate the RaceChip completely, returning the car to stock tune – something worth doing from time to time as a way of re-discovering the difference between from-the-factory performance and RaceChip upgraded performance. The app control function costs 50 USD extra.

The GTS Black’s sophisticated looks reflect its inner strengths and the advances it represents over existing products. The striking design of the housing is driven primarily by technical requirements but is progressively elegant and individual at the same time. The form mimics the circuit board and provides protection from moisture and heat as well as offering the perfect location for the Digital User Interface. The circuit board layout itself can now process up to seven analogue and digital channels as well as receiving and optimising data from the engine, whereas the previous top model, the Ultimate, can deal with only four channels. As a result, the new architecture in the GTS Black matches the very highest standards in the automotive world. Aside from improving the integration of its electronics into the car’s systems, the product designers also turned their attention to the way the RaceChip GTS Black is fixed in the engine compartment. To achieve this goal, they developed their own Pro fixing system with four 360° clips which not only make fitting the GTS Black easier, they also mean it can be removed again without having to disassemble the entire fixing system.

The GTS Black once again confirms RaceChip’s position as a pioneer in the field of electronic performance enhancement.

Simply faster is now even better: the new RaceChip GTS Scroll to top